High West recommends you enjoy this special spirit neat, due to its many layers of complexity, next to a warm fire to be transported to a dreamlike state.

The limited release whiskey is a delicious marriage of its Rendezvous Rye finished in both port and French oak barrels. The aromas of black current, dried dates, sugar plum, maple, candied pecans, marzipan, vanilla caramel, and toasted French oak spice are met with the rich and full taste of dried fruits, fig syrup, and candied ginger. The finish is varied with notes of blackberries, clove, and cinnamon. 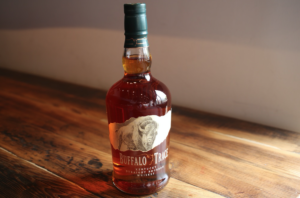 Buffalo Trace Distillery created its signature Buffalo Trace Kentucky Straight Bourbon Whiskey in tribute to the mighty buffalo and the rugged, independent spirit of the pioneers who followed them down to the banks of the Kentucky River where the distillery has been making bourbon whiskey the same way for more than two centuries.

Buffalo Trace describes its deep amber whisky as a complex aroma of vanilla, mint and molasses. The taste is pleasantly sweet with notes of brown sugar and spice that give way to oak, toffee, dark fruit and anise. This whiskey finishes long and smooth with serious depth.

This is James E. Pepper’s most popular whiskey is a great sipper neat or on the rocks. The 100 proof 1776 Straight Rye Bourbon has the aroma of brandy, peaches, grass, lemon, and caramel topping. It is extremely smooth, while complex and flavorful with notes of mint, cloves, eucalyptus, chocolate, and honey.

A reviewer on SimpleCocktails.com said is “Made one of the best Old Fashioneds I’ve ever had.”

According to Old Forester, the Statesmen is inspired by the dynamic characters in the film, “Kingsman: The Golden Circle”. Its bold flavor is blended to a smooth 95 proof from hand-selected casks of its Kentucky Straight Bourbon Whiskey from the warmest places in the warehouse.

The aroma is of Devil’s food, clove, and oak spice with an undercurrent of vanilla. This one brings the heat and spice – the taste of buttery leather is quickly dominated by a bold flash of pepper, cinnamon bark, and sharp citrus. It finishes with intense spice and eucalyptus, which fades into orange cream and caramel – yum! 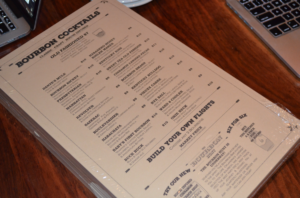 Bonus: Nothing warms you up on a cold winter’s day like our honey habanero infused bourbon at The Bourbon Bar at Trapper’s Fishcamp & Grill. We hand-crafted several seasonal cocktails featuring the tasty spirit.

Snow’s choice: “The Habachata is a must try next time you stop in for happy hour or with our prime rib!”